Mark Levine, a Minnesota-based entrepreneur launched Domain Theory, LLC in September 2016. Domain Theory is a domain name investment and consulting company based in Minneapolis.  Prior to Domain Theory, Mark was the founder and CEO of Hillcrest Media Group, a book publishing and technology company that was sold in August 2016.

Mark is not a newcomer to domain name investing. He started investing in domains in the early 2000’s. The focus of Mark’s domain investing has changed through the time, as most of his early domain investing was related to his specific businesses. From 1999 through June 2009, Mark was the founder and CEO of Click Industries, an online business filing company. In 2009, Mark sold Click Industries to a Minneapolis-based company that has several complimentary business units. Included in the sale, were nearly 400  domains that were specifically related to various types of business filings in all 50 states. “I really learned about domain name investing by trial and error as I built up Click’s inventory of these assets. While my focus was narrow, I believed there was a value in keyword rich domains associated with our types of business offerings. While the buyer of Click Industries didn’t know much about domains when we started discussing the acquisition, it did come to understand their value and how we used them to grow the business.”

In 2004, Mark decided to expand into self-publishing based on the success his ebook on the topic had. “One of our business divisions did copyright filings and we had a lot of book authors using our services. As an author myself, I had been collecting a lot of information on the industry and decided to publish and share it. That is how the first edition of my book, “The Fine Print of Self-Publishing” was born. Because of strong SEO, the success was almost immediate and I was quickly selling several hundred of copies a month.”

With a book about self-publishing, a copyright service, and a novel Mark had written, he decided to explore expanding the company’s offerings in that space. “Our best affiliate for copyrights was Published.com, which was one of the first book directories online. One day in 2005, the owner of the site told me he was going to sell it and because the site had 10,000 published registered users (authors), ranked really high in search engines, and had a fantastic domain name, I bought it.  The price was $18,000. I knew the domain itself was worth at least that, so I went for it. A year later, I launched my publishing company. And, almost 10 years to day, I sold it to a large, NASDAQ listed, media company.”

As Hillcrest Media was growing (2006-2016), Mark expanded his domain name assets to nearly 2,200, with about 1,500 being related to book publishing. “The power of great domains helped my company grow quickly and with little debt. We had a book printing division that was doing well, but the margins were small and costs of advertising high. In 2010, I purchased BookPrinting.com. It cost $30,000, but I believed the authority of the name itself, plus type-in traffic would expand the business and lower advertising and marketing costs.” Mark’s hunch paid off and by the time Hillcrest Media sold, nearly half of BookPrinting.com’s customers came directly from search or typing in the domain. “It allowed us to cut our advertising from about $6,500 per month for that division, to $1,500 a month. It paid for itself in less than a year.”

Mark’s love of domain investing (and a fantastic offer for Hillcrest Media) made the decision to move on to a new phase in life a relatively easy one. “I miss our great team at Hillcrest and it was exciting create something that grew like Hillcrest did, but I knew it was time. I wanted to become a full-time domain investor and the sale of Hillcrest allowed me to do that.”

On January 7, 2014,  Mark Levine, Minnesota author and CEO of Hillcrest Media Group released the fifth edition of his popular book on self-publishing, The Fine Print of Self Publishing: A Primer on Contracts, Printing Costs, Royalties, Distribution, E-Books, and Marketing.  This edition contains head-to-head comparisons of 27 self-publishing companies and five ebook-only publishing companies.  There are also new sections devoted to ebook publishing and book marketing.

The book is available in print and all ebook formats (for Kindle, Apple devices, and Nooks) at 50% off the retail price at MyBookOrders.com.  Enter the promo code “FP2014” to get the discount.

The book is also available at Amazon.com.

Mark Levine is the CEO of Hillcrest Media Group, Inc., a Minnesota-based book publisher. Mark has overseen the growth and expansion of Hillcrest from a small self-publishing service provider in 2006 to a publishing company that now also traditionally publishes books, provides distribution and fulfillment for 800+ authors and publishers, has a book selling partnership with an 85-store coffee chain, has a book printing division, operates book directories, has a book advertising agency, a 5,500 online book review site, and owns 1100 book publishing related domains.

From 1999-2009, Mark was the CEO of Click Industries, LTD , a provider of online business services.  Mark oversaw the sale and transition to the new owners in 2009.

Mark is also the author of two books, a novel Saturn Return, and The Fine Print of Self-Publishing (5th edition) and writes a blog on book publishing at www.bookpublisherscompared.com/blog 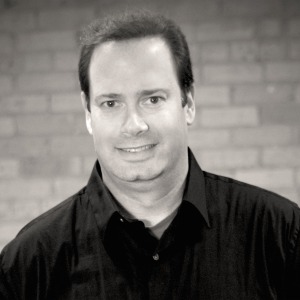 Picture from the most recent Hillcrest Media employee picture day.